Home » The Sculptor in the Cemetery
Previous Next 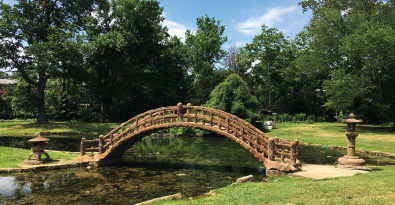 A Presentation by Dennis Montagna, PhD

Co-sponsored by the Department of Residential Facilities and the Prince George’s County Historical Society.

Dr. Dennis Montagna directs the National Park Service’s Monument Research &
Preservation Program. Based at the Park Service’s Philadelphia Region Office, the
program provides comprehensive assistance in the interpretation and care of historic
cemeteries, outdoor sculpture and public monuments to managers of National Park
sites and to other constituents nationwide.

He chaired the federal review panel that selected the design and oversaw the completion
of the African Burial Ground Memorial at the burial site of thousands of enslaved and
free Africans in lower Manhattan. He has also helped to create other new memorials for
National Park sites, among them the statue of Theodore Roosevelt dedicated in 2015 at
the site of his inauguration in Buffalo, New York. Earlier, with sculptor Jim Barnhill, he
designed a memorial for Booker T. Washington’s birthplace near Roanoke, Virginia.

Current projects include research into the use of reinforced concrete for cemetery
memorials and appurtenances—chiefly represented by the ongoing work of Philip Webb
in Hoisington, Kansas and by that created by Dionicio Rodriguez throughout the nation
during the first half of the last century.

His publications and lectures include examinations of the Ulysses S. Grant Memorial in
Washington D.C, the photographs that Eudora Welty shot in Mississippi cemeteries in
the 1930s, efforts to preserve mental institution burial grounds, and the memorial that
Franklin Roosevelt designed for his grave at Hyde Park, NY.

He serves as Vice President of the Association for Gravestone Studies and chairs that
organization’s Conservation Committee. He is a former chair of the American Institute
for Conservation’s Architecture Specialty Group.

About the Author: admin